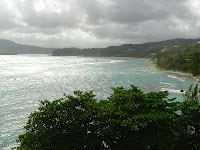 []2If I were to return to Jamaica it would be for one reason: Blue Harbour

This place was amazing, and came totally by surprise. This was the one thing we had booked ahead of time, but information we were going on in no way did it justice. The views were amazing, the place was amazing. Full of history, totally comfortable. I was completely relaxed in a matter of hours. 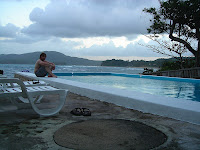 The place sleeps something like 10 people. There is one main Villa and two smaller one room Villas. Meals are traditional jamaican food, homecooked by the staff who are super friendly but very non-invasive. On Christmas Day, we had the WHOLE PLACE TO OURSELVES.

For me, one of the most thrilling aspects was the history of the place. Blue Harbour was the Jamaican party house of Noel Coward, a English playwright and actor. I had no idea who this guy was, but some research proved enlightening (note: All this research was done after I returned, I was laptop free for two weeks)

Here are some photos framed on the wall in the main house: 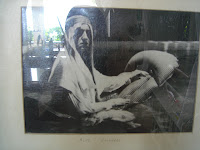 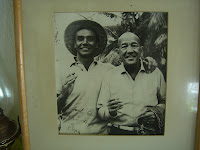